They can qualify you for your naive cooking skills, nod in a yes to your western outfits, if they are a little wiser, they will not judge you for your skin colour. But when it comes to granting you a character certificate, it won’t be sanctioned until you pass the virginity test!

The word SEX has the capability of changing the listener’s facial expression by a great deal. But it is the word VIRGINITY that truly thrills one and gets one’s heart racing. No? Not even if I tell you that a few months (or years) from now, they will get you hitched to someone on whose body you will declare your complete right. If not, then you have my respect.

But why is the status of virginity of an Indian bride a big deal for you? 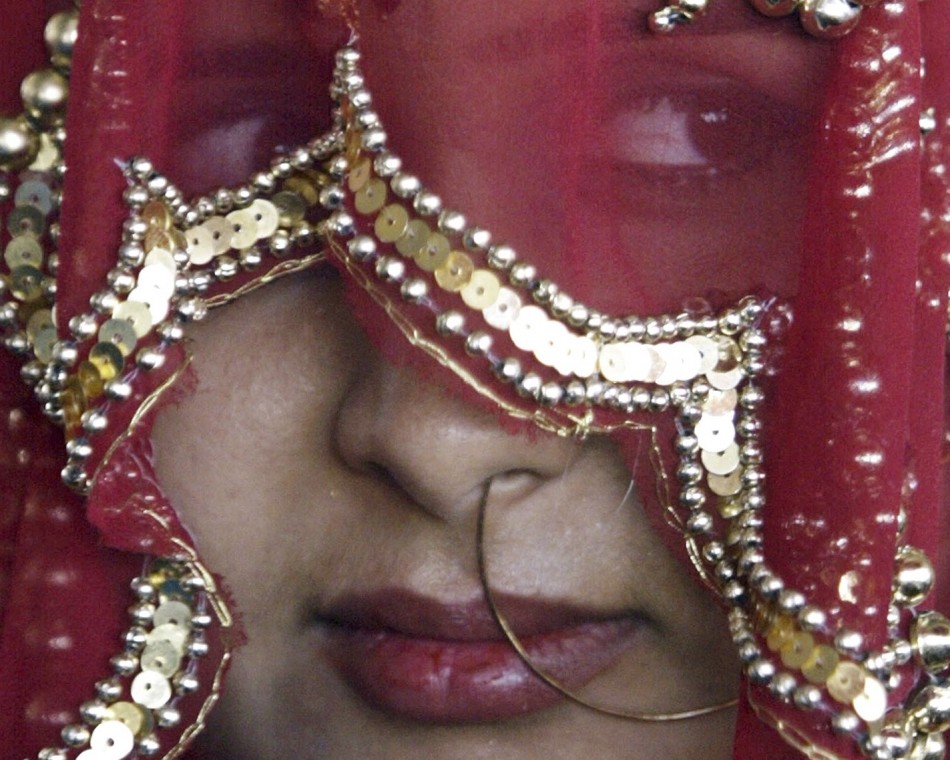 From the time immemorial, the virginity of an Indian bride is considered a prized possession. They say a virgin bride is the symbol of purity. But if that’s what it is then why do you make her impure on the wedding night?

Is it because you feel that you own the right of making her impure, or because your ego gets drunk on itself when you become the first one to do the impure act? Yes, it is the ego thing, isn’t it? Because the act by itself, you know in your heart, is not impure. (Provided, it is done with mutual consent)

So definitely, it is the ego! The mere thought of being the first and the last one to enter the pristine gets you excited.

They talked around you about how precious that feeling was when they discovered the blood marks on the white sheets the morning after. The groom talked about how pleasurable the experience was to touch the untouched. And therefore, you, you imbibed their talks in your nature in the name of Indian culture!

And even though, sex is not that big of a taboo today, your views about it remain open only until the wedding bells start to chime

In the changing times of today, sure we have become more liberal about sex. The discussions about it are not just limited to whispers in the ears. They are spoken out loud. So much so, that we have now reached the other end of the extreme. Sadly enough, as per my observation, certain virgins consider not having had sex yet a thing of embarrassment amongst their experienced friends. And those who have had sex, consider the virgins as a loser.

Can you see where it is leading us now?

It was once a hardcore taboo that we were ashamed to even talk about. But since all that is forbidden is broken through in most extreme of ways, you broke the taboo of sex through the virgin layers. You broke it many times.

But to start a new life ahead, you treat her virginity as an inaugural ribbon that needs to be cut through because they SAID it is auspicious!

Despite having taken the virginity of so many away already, you stay unwilling to zero in on that most beautiful heart simply because she does not have that layer anymore (or simply because it is your ego thing). And who even wants to know how she lost it! Because for you, a broken hymen=lost virginity. When in reality, until she admits to having had a prior sexual relationship or a history of pregnancy, nothing can guarantee that she has had sex.

Sadly, it holds more value to you than the virtues of trust, belongingness, and honesty

If she owns up to having had a sexual relationship in the past, you start scaling her on the purity factor. You choose to turn a blind eye to the fact that it takes an honest heart to confess such a personal thing. She confesses it because she knows the importance of embarking on a new life with you holding the virtue of truth. Since when did a virgin partner became more of a need than an honest partner? Yes, her status of virginity is a big deal for you, but definitely for all the wrong reasons.

Her virginity (or otherwise) should not be a big deal because…

Each time you ask her if she is a virgin, you are not desiring a human being with a past, you are longing for a pure object that has never been used before. Because for you, anything used is as invaluable and unimportant as trash.

Virginity should be a big deal because…

It is something very personal to her. She trusts you enough to have let you enter her soul through the physical despite knowing that once you take it away, you can never return it to her. It leaves an emotional impact on her. And worst of all, no matter how much this nation progresses, when it is time to marry, she shivers apprehending things that might happen when they get to know she is no more a virgin.

Where are these beliefs leading us to really? The path is dark with such double standards and clouded beliefs of what’s right and wrong. Let’s clear out the unwanted made up beliefs from the path of progress and focus on the truth of a person for a change.

It is only when we work to improve on one thing at a time, we work towards progressing as a whole.